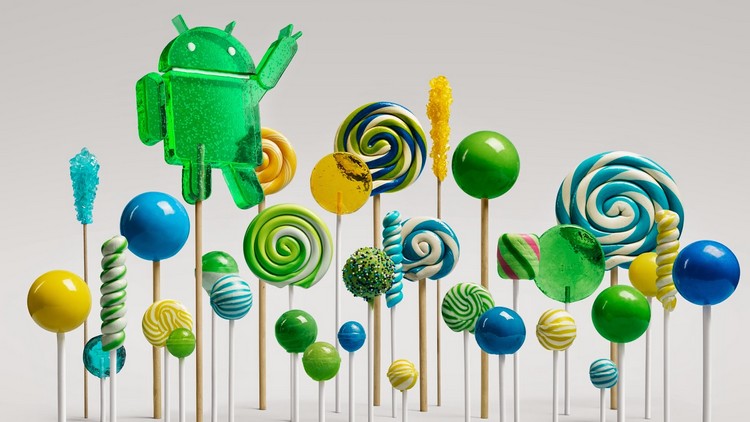 “Lollipop is made for a world where moving throughout the day means interacting with a bunch of different screens—from phones and tablets to TVs. With more devices connecting together, your expectation is that things just work,” Google’s Sundar Pichai wrote on the blog post. “With Lollipop, it’s easier than ever to pick up where you left off, so the songs, photos, apps, and even recent searches from one of your Android devices can be immediately enjoyed across all the other ones.”

Android 5.0 comes with a slew of improvements, including the new notification system that allows you to answer notifications from the lock screen and even adjust your notification settings for certain contacts. New battery saver feature has also been introduced to Lollipop to extend the device usage by up to 90 minutes, which will come in handy when you’re running low on battery.

If you’re sharing your Lollipop device with your family or friends, the new multiple user accounts and guest user mode will come in handy to keep them away from your personal stuff. You can now also lock your device with a PIN, password, pattern, or even by pairing your phone with another device like your smartwatch or car with the Smart Lock feature.

Putting a lot of emphasis on the “Material Design,” Google plans to make Lollipop more flexible than earlier Android releases by making your experience feel the same across different kind of devices. The fluid and polished design and transitions on Android 5.0 will make you fall in love with it at first sight. Google has also opened up new possibilities and opportunities by releasing over 5,000 new APIs for developers.

Android 5.0 Lollipop, will be first available through Google’s new Nexus 6, Nexus 9 and Nexus Player. It will gradually be rolled out on Nexus 4, 5, 7, 10 and Google Play edition devices “in the coming weeks.”

[Via: Google Blog / Android.com ] (All images, trademarks shown on this post are the property of their respective owners)

Nexus 6 is Google’s Most Expensive Phone Yet, Features 6-Inch Display, 3GB of RAM