After its initial release on iOS earlier this month, Rovio has finally rolled out Angry Birds Transformers for Android. The exciting new 3D shoot ‘em up is now available via Google Play for free. 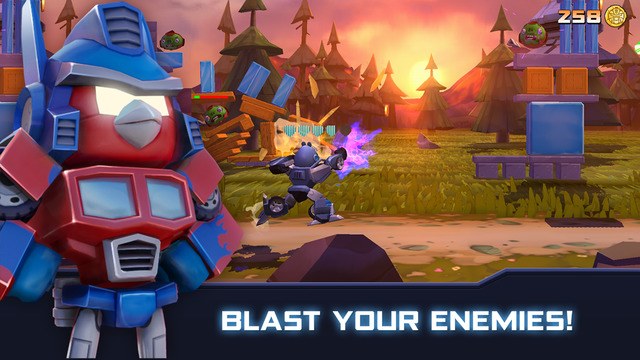 “Enter the AUTOBIRDS! They’ve got lasers and they turn into cars. Plus they have arms and legs – that’s a first!. But the courageous Autobirds can’t save Piggy Island on their own – to stop the EggBots they’ll need to join forces with their arch rivals the DECEPTIHOGS (like Decepticons only smellier).” 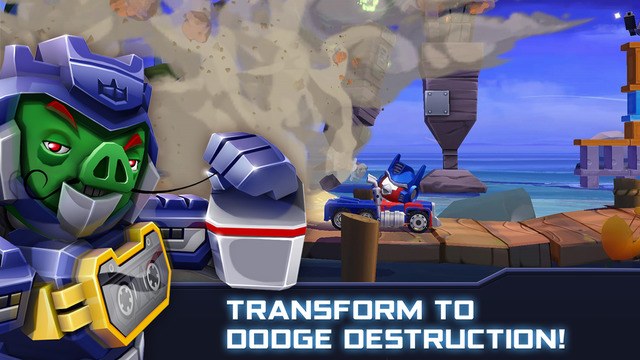 No more slingshots, Angry Birds Transformers features action-packed gameplay that lets you blow stuff up, transform into vehicle and even upgrade your weapons and abilities along the way. The game also lets you collect characters and use Rovio’s TELEPODS.

Read Also: Best Android Games You Can Get for Less Than $2

According to the Google Play Store page, the game works on devices running Android 4.0 or above. However, the game is not compatible with my older Jelly Bean device. Seems like the game requires a lot of power to run the game.

You can grab the game via Google Play. Check out the trailer after the jump.

[Via: Rovio Blog ] (All images, trademarks shown on this post are the property of their respective owners)

Why the Samsung Galaxy Note 4 is a Must-Have Phablet