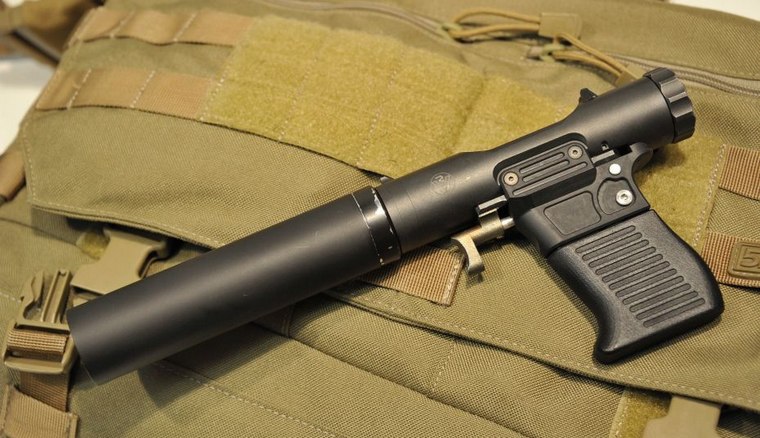 Based on the WWII Welrod spy-pistol of the last century this newcomer to the covert weapons world is being marketed as a veterinary pistol. As the name implies, this is the most silent weapon available today using standard 9x19Nato ammunition.

Just like its parent pistol, the silence of operation of the B&T VP9 is guaranteed not only by the suppressor but also from its action. This one is not a semi-automatic pistol but a manual repeater, just like a bolt action rifle of the old times or a modern day sporting rifle, where you have to pull back on the bolt and load a new round from the magazine. Meanwhile, the magazine on this shirt sleeve sized silent death-machine doubles as its pistol grip. 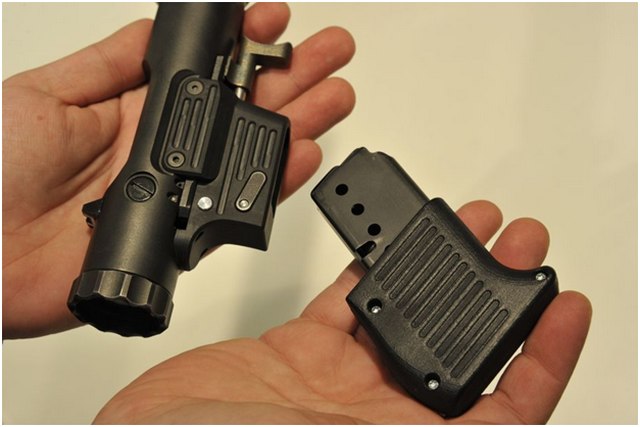 Thanks to its 1.9-inch short barrel and 286mm length, the gun weighs in at only around 900grams and it can be fired without the magazine to make for a nice concealable shooting rod for covert operations.

B&T VP9 is the perfect standard ammunition urban covert weapon, a 21st century adaption of a weapon meant to fight invaders and spies in WW2, brought back to life, hopefully to defend nations from terrorists in the modern world.