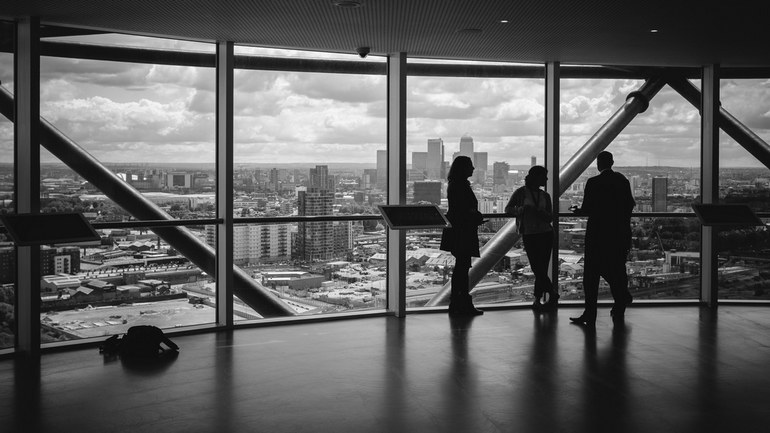 In a turbulent world of business a great tactic for survival can be to team with a business partner. Through increasing your resources and pooling knowledge and expertise, in this way a new business can position itself competitively. The responsibility of investments, risk and weight of workload is instantly halved.

Some of the biggest names in the tech industry rose to success on the backs of some great partnerships; Apple, Microsoft and Google, are just a handful of great examples. The collaboration of complimenting skillsets, and ability to challenge one another and grow, held together with a fierce commitment pushed their products to enormous success.

A business partner can however be a double-edged sword for any entrepreneur. Forbes claim an enormous 65% of high-potential startups fail as a result of conflict among co-founders.

A partnership of entrepreneurs can be intense, in a volatile environment of businesses each fighting for survival. Learning to collaborate effectively can ensure a prospering business, as opposed to a failed attempt, or at worst, a disaster.

We explore three key qualities that are essential in any prospective partnership – with insights from startup founders, and a nod to some iconic pairings that got it so right.

Compliment your skills, and your character

Steve Jobs and Steve Wozniak founded Apple Inc in 1976. Wozniak’s technical ability met with Job’s energy and vision brought microcomputers into the home. Starting off as a garage project, today Apple is at the forefront of innovation, worth $742 billion and topping Forbes’ Most Valuable Brand List. Jobs was reportedly a loner, with a brash character, ruthlessly ambitious and persuasive – a business leader. Woz in turn was responsible for developing the technology. Reported to be prankster’s together, they also enjoyed one another’s company, despite popular media misrepresentation. “We never had a fight or an argument – we were always friends,” says Wozniak.

A synergy of two minds requires that each individual recognizes their own abilities, and their limitations. Play to your strengths.

“I think the most important thing to consider when creating a startup, is choosing who you partner with. Look for people that compliment your skills and nature. A startup is like a plane, it needs balance in order to fly.”

Both partners need to be invested and committed

Bill Gates and Paul Allen were childhood friends and schoolmates, programming from a young age. A shared passion for computing led to the creation of the world’s largest software business, Microsoft. The two met at Lakeside School, bonding over their shared interest in computing and spending much of their free time together.

Through this successful partnership Bill Gates became one of the richest men in the world, stepping down in February 2014, 44 years after their initial collaboration in the adaption of Basic for the personal computer, and 39 years after the launch of what was originally known as Micro-soft.

So many of the highest profile successful partnership began with a collaboration of friends. This isn’t essential, but what is important is that both parties are fully committed to the success of their shared venture and future goals.

“One of the most important qualities to look for in a potential business partnership is commitment. Without commitment to the business, nothing will flourish. A start up has ups and downs, make sure it’s a long term deal.”

“It’s important to ask yourself two vital questions Is this a person I would like to spend 15 hours a day with? Is this someone I respect? If the answer to both is a clear yes then by setting clear goals and limitations you’re making a great start.”

You Need Someone Who Will Challenge You

Google founders Larry Page and Sergey Brin first met in 1995 at Stanford University. They initially clashed, as Brin took Page on a tour of the campus. This fiery start however, gave way to a hugely successful partnership. Page has been likened to Steve Jobs for his driving force. In 2014 Page reportedly stopped speaking to Brin, after an affair conducted with a Google executive became publicly known.

Google is now world’s most popular search engine and a media giant and the pair are both billionaires. Google does not like to share actual numbers, but maintains that over 1 trillion searches are conducted through the engine every year.

A challenging presence will cause entrepreneurial spirits to evaluate their ideas, critiqued by a respected colleague. Honesty is paramount is a business is going to withstand the tough realities of competition in industry.

“A great business partner is the one you spend 80% of the time thinking how lucky you are to have them as your partners, and 20% of the time wishing they’d find a snake in their bed at night.”

Once you have ensured your prospective partner has these essential qualities, a concrete business plan should solidify this foundation.. Experts recommend defining an agreement, which is formalized with both parties on the same page. With these three qualities and said measures in place, a conflict-free relationship provides a great way to develop a powerful business.

Emma Rosser is a writer, specializing in digital and entrepreneurial industry trends in the tech startup sphere. She works for PR experts Publicize, based in Medellin, Colombia.