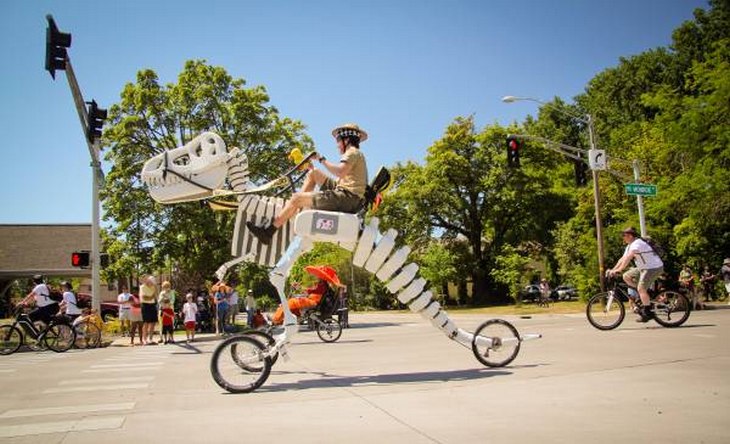 Some of you guys may remember the awesome rideable raptor bicycle that we saw last year. Now someone has made a cool rideable T-Rex bicycle. Well, it’s more like a T-Rex skeleton tricycle. 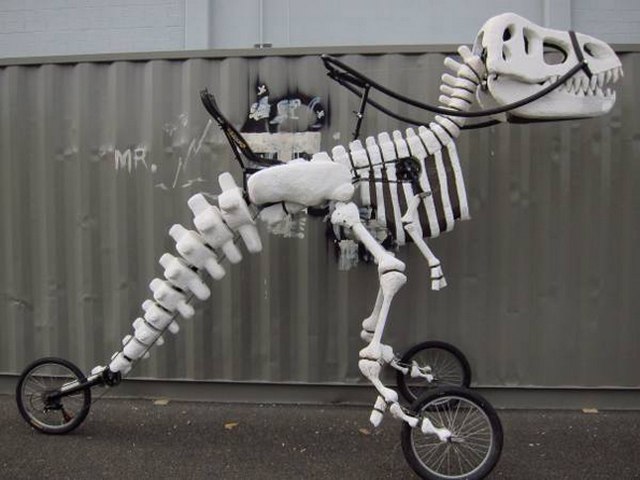 The awesome thing is actually 12-feet-long and stands 8.5-feet-tall. You’re gonna need a step ladder to get to the seat. After that you get to control the bike with the handle that looks like a leash. 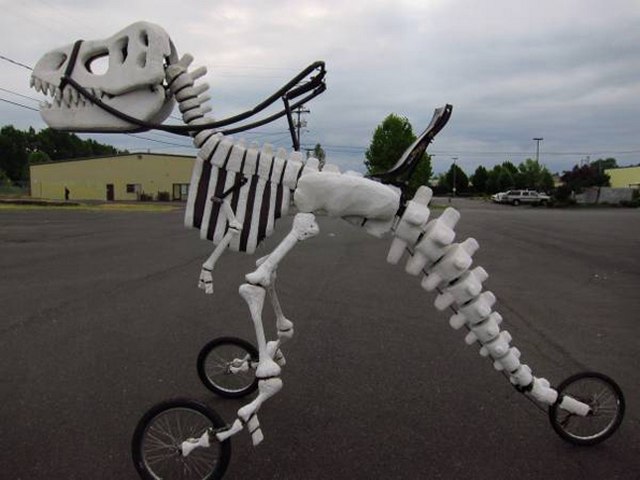 Weighing in at 90-pounds, the tricycle features 9-speed wide-range drivetrain which is more than enough to take the T-Rex up to a speed of 15mph. The guy who built the bike is apparently selling it on Craigslist for $2000.

“She is a beautiful fosillized juvenile Tyrannosaurus Rex who now consents for me to harness and ride her in parades and other special events. She’s a bit difficult to handle, but she’s never attacked anyone in the crowds that form whenever I take her out of the warehouse where she lives,” says the Craigslist description. 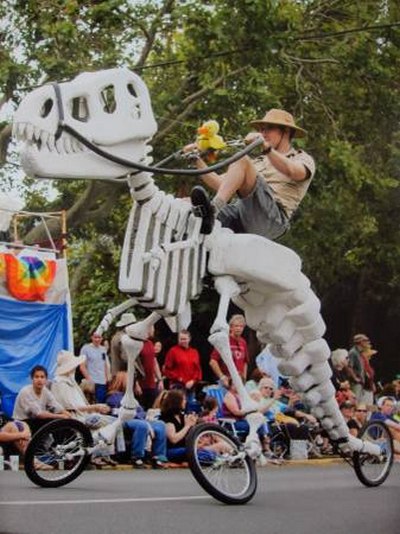 [ Via: Mental Floss / Craigslist ] (All images, trademarks shown on this post are the property of their respective owners)

From Animated Series to Suicide Squad: The Evolution of Harley Quinn – Infographic