Google Announces Android M, “The Most Powerful Android Release Yet”

Google’s 8th annual developer conference (Google I/O) took off at San Francisco’s Moscone Center on May 28th with attendance of over 6,000 developers. This years Google I/O keynote was jam-packed with exciting announcements, including the all new Android M, Android Pay, Google Photos and many more.

Sundar Pichai, Senior Vice President at Google, offered some updates on Android growth as well. According to the stats, there are now more than one billion Android users worldwide, with 4,000 unique Android devices on the market, from over 400 manufacturers and over 500 carriers. He also revealed that Android Auto will be available via 35 car models by the end of this year.

Pichai touts Android M to be “the most powerful Android release yet.” The latest version of the mobile OS features plenty of improvements and services to improve user experience. 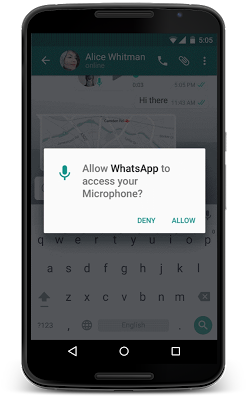 The most attractive feature of Android M is its new customization app permissions. With Android M, users will have the ability to control permissions for each app. For example, if you’re using WhatsApp only for text messaging, you can edit permissions to block the app from accessing the phone’s microphone.

A new feature called Doze has been added to Android M, which uses motion detection to figure out if a device has been left unattended and clear out background running apps to enhance battery life. 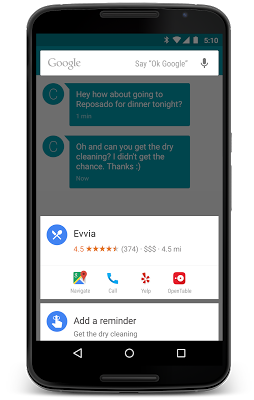 Google Now is now available with just a simple tap, from anywhere within the phone. If you want to look for some info while texting with a friend, you can simply search Now without leaving the app.

Android Pay is a new service that allows you to pay with your phone, without having to deal will all sorts of physical cards. Whenever you’re at a checkout, unlock your phone and place it near a contactless terminal to make payments using NFC.

Android M will come with native fingerprint support to enhance security for Android Pay by allowing users to confirm their payments with their fingerprint. It will also allow users to unlock their phone and buy apps from Google Play.

[ Source: Google Blog / Google Developers Blog ] (All images, trademarks shown on this post are the property of their respective owners)

These Incredible 3D Godzilla Artworks Will Blow Your Mind