Google has released a new update for Google Maps adding 40 new “special street view” maps, including 20 amazing underwater imagery that lets you go diving to explore some of the most beautiful locations in Asia.

New underwater street video images includes 360-degree virtual dives from 20 popular reefs from the Philippines, Indonesia, the Solomon Islands, the Cook Islands, Australia and American Samoa, featuring the iconic Bunaken National Park in Indonesia, which is also known as the “underwater Amazon.” This feat was accomplished with great from the XL Catlin Seaview Survey, a team on a mission to record and reveal the world’s coral reefs in 360-degree panoramic imagery. 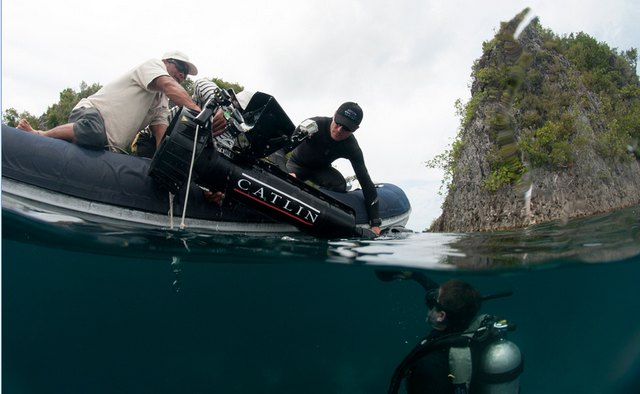 “Every dive begins with getting our divers rigged up and the 60kg camera off our research boat Makarena and into the water,” explains Dominic Bryant, a member of the XL Catlin Seaview Survey team. “The SVII is a revolutionary camera system that creates high-resolution 360-degree images of the underwater environment using technology similar to Google Street View. By attaching SVII to an underwater scooter, we can cover distances of up to two kilometers in a single dive, taking about 3,000 images each time.”

You can now start exploring the oceans by going over here. Check out the video for a preview.

[ Via: Google Lat-Long Blog ] (All images, trademarks shown on this post are the property of their respective owners)

1TB Xbox One Arrives with the New Wireless Controller