While Samsung and other Android-giants wrap up their devices to head back home after the IFA 2014, Apple took the stage at a Cupertino event just a couple of hours ago to unveil its game-changing, next generation of Apple devices. The event was filled with exciting new announcements including the long-awaiting Apple smartwatch and the iOS 8. Read along for the summarized event.

iPhone 6 and iPhone 6 Plus 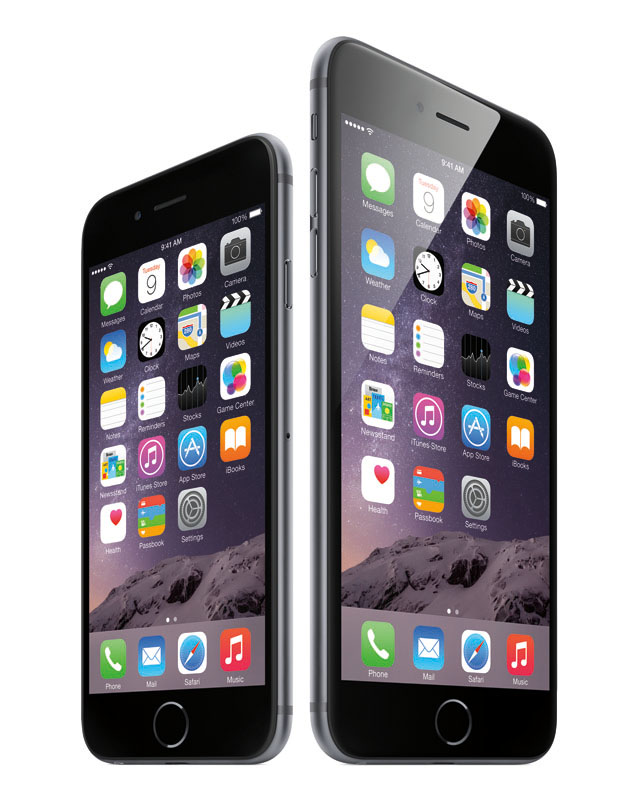 All those rumors and reports were true. Apple did unveil two new iPhone’s at its press event, including an iPhone phablet with a mammoth screen. iPhones are definitely getting taller than ever.

iPhone 6 sports a 4.7-inch 1334×750 Retina HD display with 326 ppi and with whopping 1400:1 contrast ratio. The device comes quipped with Apple’s second generation A8 64-bit processor with M8 motion coprocessor, NFC and the beautiful new iOS 8 (More on that later).

In addition, all other features of the new device remains unchanged from the iPhone 5s, including the 1.2-MP and 8MP front and rear cameras and the pricing as well. Howrver, Apple appears to have gotten rid of the 32GB option of the iPhone by introducing a new and exciting 128GB model of the new iPhone 6. And the best part is they will still have the same price tag of the iPhone 5s as $649, $749, $849 for the 16GB, 64GB, 128GB models off contract. 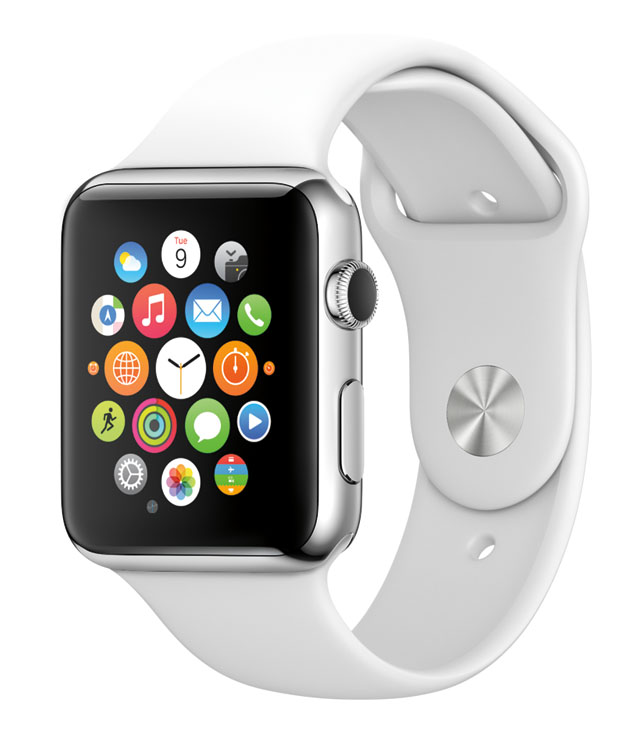 Apple took their time with its smartwatch and has finally unveiled the Apple Watch (previously referred to as iWatch) to compete against the Android competition. The company claims it to be “Apple’s Most Personal Device Ever”. Featuring a Retina display and iOS 8, the Apple Watch also introduces the innovative Digital Crown that allows users a new way to scroll, zoom and navigate the apps and features including access to Siri. The Apple Watch also boasts a stylish design, although it’s still no match for the Moto 360’s circular design.

Apple Watch will ship in 2015 in three options including space black stainless steel, space gray or silver anodized aluminum and 18-karat rose or yellow gold, and with customizable watch straps. Pricing of the device starts at $349.

Apple calls it “the biggest release since the launch of the App Store” as it comes with new smarter, more personalized QuickType keyboard which now saves what you type to intelligently take context into account for better suggestions including your favorite phrases. New messaging app also comes with new improvements such as Tap to Talk to share your voice and sharing several photos and videos at once.

As it turns out, the new NFC feature for iPhone 6 was not introduced for just showing off. Apple has big plans to make iPhone 6 and Apple Watch much more interesting with its brand new Apple Pay, easy and secure mobile payments service. Paired with Touch ID and supporting American Express, MasterCard and Visa, Apple Pay will allow users to make payments on the go with just a tap with a finger, without having to fill out forms or billing information ever again.

Apple Pay will be available with the brand new Apple devices starting in October.

[Via: Apple – Press Release (1), (2)] (All images, trademarks shown on this post are the property of their respective owners)

Samsung Rattles the Competition at IFA 2014