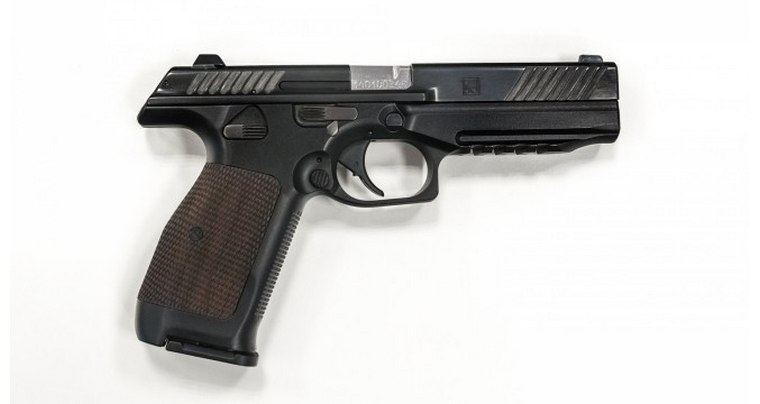 At first glance looking like the pistols from Battlestar Galactica, Lebedev PL-14 is the new prototype 9mm pistol made for Russian military trials, produced by Concern-Kalashnikov (former Izhmash corporation), the maker of the most famous firearm in the world the AK-47. 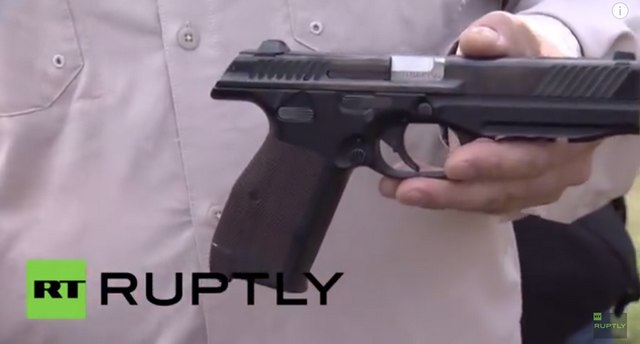 Named after its main designer Lavedev, who’s designed the weapon in conjunction with members of the Russian special forces and professional sport shooters, the Lebedev PL-14 is a true military esque pistol of the 21st century. Spotting and advanced human engineering combined with better ergonomics including its comfortable grip size, form and ambidextrous controls makes this weapon very easy to use, regardless if you are right or left handed.

Enhanced shooting characteristics from the low bore axis, where just like on target pistols, the barrel of this weapon is nearly inline with the firing hand,allowing for low recoil, low muzzle rise and easy pointing. The pistol is only 220mm long and 136mm tall with a barrel length of 127mm.

For the sci-fi and cyber-punk lovers out there, the Russians didn’t forget to put a feature on this weapon to distinguish its heritage – a wooden grip that makes it look like the personal firearm of a colonial military pilot. Lets see what the Lebedev PL-14 have in store for us in the future and let’s hope and pray that it will only be used to protect innocent lives.