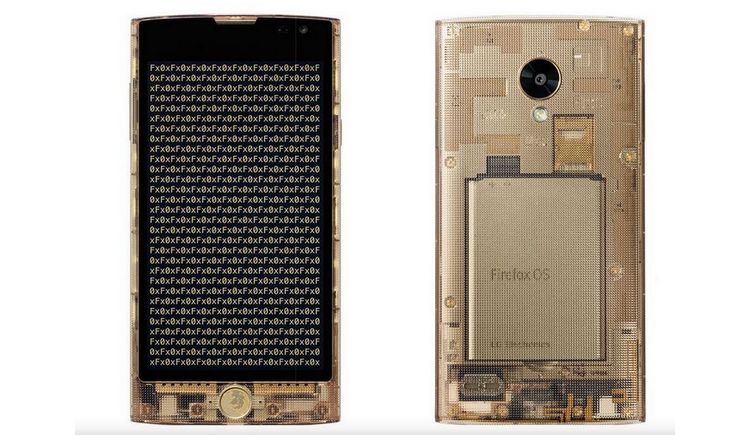 Mozilla, the creator of Firefox and KDDI, the Japanese telecommunications operator have teamed up to launch the first Firefox OS powered smartphone in Japan. Unlike most other Firefox OS phones, this one comes with high-end specs and an unusual see-through body design.

Dubbed The KDDI Fx0 has been designed by Tokujin Yoshioka to showcase Mozilla’s core values – openness, freedom and transparency. The device also sports a 4.7-inch display a 1.2GHz Snapdragon 400 processor, 1.5GB of RAM and 16GB of internal storage with support for NFC, 4G LTE, WebRTC and more technologies.

“KDDI and Mozilla both believe in putting people in control of their online lives, by leveraging the Web as an open platform for innovation. The Fx0 is the most advanced Firefox OS phone that not only embodies openness through its impressive transparent design but empowers geeks and other users to become Web creators.” said Andreas Gal, CTO of Mozilla.

The KDDI Fx0 is now available in Japan and it brings Mozilla’s Firefox OS devices to a total of 16 available in 29 countries. Check out the video for a closer look.

[Via: Mozilla Blog / KDDI] (All images, trademarks shown on this post are the property of their respective owners)