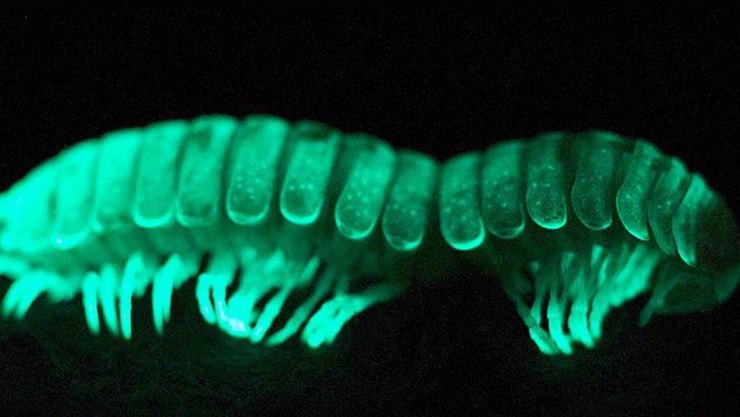 Researchers have found a new kind of a millipede that has the ability to glow-in-the-dark.

Entomologist Paul Merek of the Virginia Polytechnic Institute has spotted this strange blind millipede named Xystocheir bistipita in the foothills of San Luis Obispo, California. It’s reported to be the first sighting of this millipede for over 50 years. Marek has renamed it to ”M. bistipita”.

Apparently, this millipede appears as light tan colored with salmon pink spots during the day and glows in the dark with a faint blue-green color. Compared to other millipede families, this particular millipede has found to be less toxic because “The brighter the millipedes were, the more cyanide they contained.”

[ Source: Discovery News ] (All images, trademarks shown on this post are the property of their respective owners)