Six Cool new Features to Look for in Next-Gen Smartphones 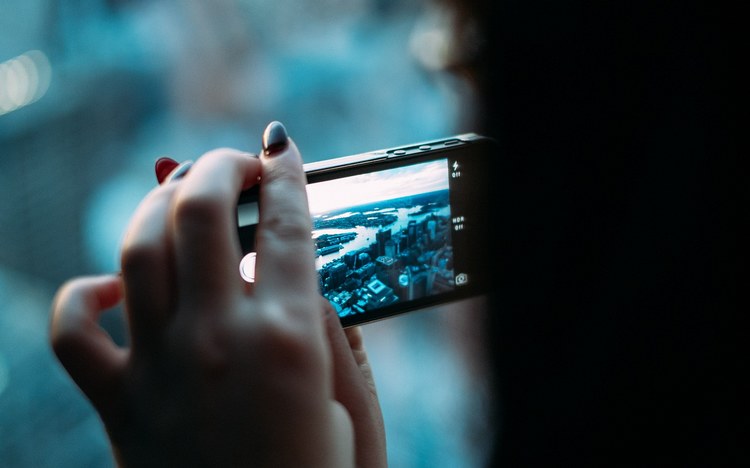 With the way that smartphone technology is going, we’ll keep using them less for making phone calls and more for interacting with the world around us. This year’s models have already introduced us to faster network speeds, slimmer designs, enhanced voice command, and a host of other features we never knew we couldn’t live without. What strange new features will we see in the futuristic smartphones of 2015?

Wearing a video phone around your wrist seems like something straight out of a Sci-Fi movie, but it’s a technology that many designers are working on at the moment. You’re probably already familiar with Apple’s recently unveiled Smart Watch, which links to the iPhone to take calls. The Yuxa wearable smart phone is an eco-friendly concept by Mexican designer Veronica Eugenia Rodriguez Ortiz, while designer Rob Luna has created a concept called the Helix, which can be worn as a bracelet as well. The Helix boasts a touch screen display and is run by the user’s own kinetic energy to operate. Expect to see a wider range of concept and market-ready wearable phones next year.

Another hot trend in smartphone design is the ability to use the world around you to access real-time information. One example of this is GPS technology, which is already a key component of most smartphones. Next year’s devices will be able to take this a step further, offering augmented reality with directions, reviews, and other information simply by pointing your phone at an object in front of you.

Like wearable phones, smartphones that can fold and flex into weird shapes will become more prevalent. There are concepts like the Kyocera EOS, which can change its shape to become a wallet. Flexible screens can be beneficial because they allow you to have a smartphone with a bigger, tablet-like screen, while still having the ability to fold down into a pocket-sized shape. This is achieved with organic light-emitting diode technology, a major trend for next year.

Mobile phones are now sleeker than ever, but have you ever found that they’re so slim and sleek that they’re all too easy to drop? A bizarre new trend will address that. Expect to see new models designed with a better grip, using rubber siding and handles to allow you to avoid dropping your fancy new device in a puddle. .

Do you have solar panels on your house? Why not apply that same concept to your phone? Concepts like the Eclipse Intuit by Eddie Goh and Mobile Script use synthetic materials that soak up light and use it to recharge batteries. One thing to keep in mind is that all these new bells and whistles are more demanding in terms of power. Mobile broadband providers are coming up to speed by using tools like a content delivery networks to meet data needs, and phones themselves are evolving with trends like wireless recharging and solar powered batteries.

Finally, we can look for phones capable of projecting 3D holograms. This cool new feature has already been seen with the development of 3D smartphones like the LG Optimus or Samsung AMOLED 3D, as well as a new model from Amazon.

Whether all of these features make it to the market next year remains to be seen, but this shows you the weird, wonderful, and flexible direction that the new crop of smartphones is headed.

Gorilla Glass 4 is Tougher Than Ever, Protects Devices from Drops