The Novo7 Tab to Take Over The iPad 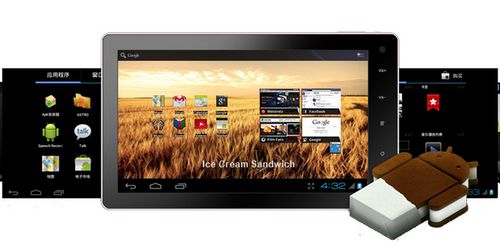 Apple ipad is unarguably the best tablet pc in the world so far. its features and the design has made it more popular and easy to use for everyone. and not to mention the vast distribution of all the great applications. but the price of an iPad is a bit too much for a regular citizen to handle.  so as a result these days more people are looking for alternative tablets  that they can easily afford.  the news of the newly released  7inch tablet  Novo7  was something they were expecting to hear from a long time. all new Novo7 tablet runs Ice Cream Sandwich is priced as only 99$.

there is a huge possibility that this tablet could shake up the market. with all great features like MIPS XBurst 1GHz CPU , front and rear cameras, 3D capability, 1080p video decoding, HDMI port and 8 hours of battery life, makes it almost as if this tab is giving away for free. so without doubt all the new tablet users will be looking forward to get this tab instead of spending hundreds of dollars on an ipad. its only a matter of time before Novo7 beat the iPad in the tablet Market. so my best guess is that we can expect some more great gadgets like this in the upcoming months.

all the tablet manufacturing companies were amazed by the release of this awesome tablet and even the google was also surprised with this release . “I’m thrilled to see the entrance of MIPS-Based Android 4.0 tablets into the market,” Google’s Android head, Andy Rubin, said in a statement. “Low-cost, high-performance tablets are a big win for mobile consumers and a strong illustration of how Android’s openness drives innovation and competition for the benefit of consumers around the world.”

Emails From Beyond The Grave